By definition, pollution refers to any matter that is “out of place”. In other words, it is what happens when toxins, contaminants, and other harmful products are introduced into an environment, disrupting its normal patterns and functions. When it comes to our atmosphere, pollution refers to the introduction of chemicals, particulates, and biological matter that can be harmful to humans, plants and animals, and cause damage to the natural environment.Whereas some causes of pollution are entirely natural – being the result of sudden changes in temperature, seasonal changes, or regular cycles – others are the result of human impact (i.e. anthropogenic, or man-made). More and more, the effects of air pollution on our planet, especially those that result from human activity, are of great concern to developers, planners and environmental organizations, given the long-term effect it could have.By composition, Earth’s atmosphere is made up of nitrogen gas (78%), oxygen gas (21%), and other trace gases (such as argon and carbon dioxide). This balance is essential to all life here on Earth, so the introduction of pollutants can have a profound and damaging effect. All told, pollution can take many forms, like carbon compounds such as carbon monoxide (CO) and carbon dioxide (CO²). sulfuric compounds like sulfur dioxide (SO²), methane, radioactive decay, or toxic chemicals.In addition, air pollution can be divided into Primary and Secondary types of pollutants. Whereas Primary pollutants are caused by primary sources – i.e. the direct result of processes (such as industrial emissions or volcanic eruptions ) – Secondary pollutants are the results of intermingling and reactions by primary pollutants (such as carbon emissions and water vapor, which creates smog).

Those forms of pollution that are natural are the result of naturally-occurring phenomena. In short, they are caused by periodic activities that are not man-made or the result of human activity. What’s more, these sources of pollution are subject to natural cycles, being more common under certain conditions and less common under others. Being part of Earth’s natural climatic variations also means that they are sustainable over long periods of time.Dust and Wildfires: For example, in large areas of land that have little to no vegetation, and are particularly dry due to a lack of precipitation, wind can naturally create dust storms. This particulate matter, when added to the air, can have a natural warming effect and can also be a health hazard for living creatures. Particulate matter, when scattered into regions that have natural vegetation, can also be a natural impediment to photosynthesis.Wildfires are a natural occurrence in wooded areas when prolonged dry periods occur, generally as a result of changes in temperature coinciding. The smoke and carbon monoxide caused by these fires contribute to carbon levels in the atmosphere, which allows for greater warming by causing a Greenhouse Effect.Animal and Vegetation: Animal digestion (particularly by cattle) is another cause of natural air pollution, leading to the release of methane, another greenhouse gas. In some regions of the world, vegetation – such as black gum, poplar, oak, and willow trees – emits significant amounts of volatile organic compounds (VOCs) on warmer days. These react with primary anthropogenic pollutants – specifically nitrogen oxides, sulfur dioxide and carbon compounds – to produce low-lying seasonal hazes that are rich in ozone.Volcanic Activity: Volcanic eruptions are a major source of natural air pollution. When an eruption occurs, it produces tremendous amounts of sulfuric, chlorine, and ash products, which are released into the atmosphere and can be picked up by winds to be dispersed over large areas. Additionally, compounds like sulfur dioxide and volcanic ash have been known to have a natural cooling effect, due to their ability to reflect solar radiation.

But by far the greatest contributing to air pollution today are those that are a result of human impact – i.e. man-made causes. These are largely the result of human reliance on fossil fuels and heavy industry, but can also be due to the accumulation of waste, modern agriculture, and other man-made processes.Fossil-Fuel Emissions: The combustion of fossil fuels like coal, petroleum and other factory combustibles is a major cause of air pollution. These are generally used in power plants, manufacturing facilities (factories) and waste incinerators, as well as furnaces and other types of fuel-burning heating devices. Providing air conditioning and other services also requires significant amounts of electricity, which in turn leads to more emissions.According to the Union of Concerned Scientists, industry accounts for 21% of greenhouse gas emissions in the US, while electricity generation accounted for another 31%. Meanwhile, emissions caused by gasoline-burning vehicles – i.e. CO, CO², nitrogen oxides, particulates and water vapor  – are also a significant source of air pollution.A study conducted by the UCS in 2013 showed that transportation accounted for more than half of the carbon monoxide and nitrogen oxides, and almost a quarter of the hydrocarbons emitted into the air in the US. Globally, the situation is similar, with minor variations according to sector. According to the IPCC Fifth Assessment Report (2014), industry accounted for 21% of total greenhouse gas emissions, electricity and heat production for another 25%, and transportation accounted for 14%.Agriculture and Animal Husbandry: Greenhouse gas emissions from agriculture (aka. the cultivation of crops and livestock) is created by a combination of factors, one is the production of methane by cattle. Another cause is deforestation, where the need for pastureland and growing fields requires the removal of trees that would otherwise sequester carbon and clean the air.According to the IPCC Fifth Assessment Report, agriculture accounts for 24% of annual emissions. However, this estimate does not include the CO2 that ecosystems remove from the atmosphere by sequestering carbon in biomass, dead organic matter and soils, which offset approximately 20% of emissions from this sector.Waste: Landfills are also known to generate methane, which is not only a major greenhouse gas, but also an asphyxiant and highly flammable and potentially hazardous if a landfills grow unchecked. Population growth and urbanization have a proportional relationship with the production of waste, which in turn leads to greater demand for dumping grounds that are far removed from urban environments. These locations thus became a significant source of methane production.https://upload.wikimedia.org/wikipedia/commons/transcoded/c/ca/Human_Fingerprint_on_Global_Air_Quality.webm/Human_Fingerprint_on_Global_Air_Quality.webm.480p.webmFor some time, environmental scientists have been aware that the Earth has several self-regulating mechanisms. When it comes to the Earth’s atmosphere, these mechanisms allow for the sequestration of carbon and other pollutants, ensuring that the balance of its ecosystem remains unaffected. Unfortunately, the growing impact humanity has had on the planet is threatening to permanently alter that balance.Basically, we are adding pollutants to the air (as well as the oceans and land masses) faster than the Earth’s natural mechanisms can remove them. Ad the results of this are being felt in terms of acid rain, smog, global warming, and a number of health problems that can be directly attributed to exposure to these harmful pollutants. If we intend to go on living on planet Earth, then sustainability and less pollution need to be our goals!We have written many articles about air pollution for Universe Today. Here’s Air Pollution Linked To Growth Of Life In Oceans, Could Nitrogen Pollution Give Tropical Flora a Much Needed Boost?, and How Does Carbon Capture Work?For more information, check out Visible Earth Homepage. And here’s a link to NASA’s Earth Observatory.Astronomy Cast also has episodes about planet Earth and humanity’s impact on the environment – Episode 51: Earth, and Episode 308: Climate Change. 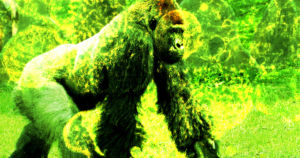