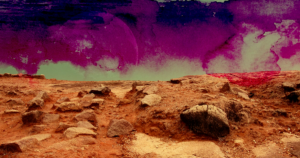 At the Astrobiology Science Conference in Seattle, MIT postdoctoral student Clara Sousa-Silva talked about a strange new way to find extraterrestrial life: look for the existence of phosphine, an “extremely flammable, incredibly toxic, outrageously foul-smelling molecule,” as Sousa-Silva described it to Live Science.

The idea is simple: since phosphine is so immensely reactive to oxygen and requires huge amounts of energy to produce, it shouldn’t really exist on Earth — but it does exist, it’s all over the place in fact.

That’s because microorganisms on our planet produce it in oxygen-free environments, as Sousa-Silva points out. Human activity has also been responsible for producing small quantities of it through the production of things like insecticides and methamphetamines.

“It appears that any detectable amount of phosphine on a rocky temperate exoplanet could only be produced by life,” Sousa-Vida told Live Science.

In fact, phosphine would be easier to detect on other exoplanets, as Sousa-Silva and her team found through computer simulations.

Her theory goes on to suggest that extraterrestrial life could be using the strange gas as a defense mechanism or even to communicate with other cells.

While it could technically be possible, it’s still a pretty far-fetched method to look for alien life — the theory is “no one’s obvious choice,” Sousa-Silva admitted.

READ MORE: On Alien Worlds, Extraterrestrials Could Be Spewing a Toxic, Smelly Gas. That’s How We Could Find Them. [Live Science]

Gypsum as an agricultural product