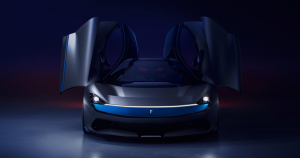 The BBC calls it “the fastest road car in the world.”

Italian automaker Pininfarina just revealed a monster of an electric car at this year’s Geneva Motor Show: the Battista — a road-legal electric supercar as fast as some bullet trains.

The “Formula 1-inspired hypercar” is being hailed as “the most powerful road-legal car ever designed and built in Italy,” by its creators, and is slated to arrive in 2020.

That’s all thanks to the electric drivetrain: “a feat that would simply be impossible to achieve with internal combustion technology,” according the company.

Specially designed motors on each wheel give the Battista a blistering 1900 horsepower — roughly twice the power of a Formula 1 racecar — and a substantial 120 kWh battery gives it a range of up to 280 miles (450 km).

The specs are reminiscent of Tesla’s much-hyped Roadster, also expected in 2020. In November 2017, Tesla CEO Elon Musk revealed that the Roadster will accelerate from zero to 60 in as little as 1.9 seconds with a total range of 600 miles (1,000 km). The roadster’s top speed of 250 mph (400 km/h), according to Musk, will be even faster than the Battista.

Only 150 Battistas will ever be made and they’ll cost about $2.2 million dollars each — whereas the Roadster will cost only about $200,000.

But we’ll have to wait until car enthusiasts have a chance to battle it out for the title of the fastest ever road-legal hypercar.

More on hypercars: Elon Musk Says An Upcoming Tesla Roadster Will Hover. Is He Joking?

The post This Road-Legal Electric “Hypercar” Is as Fast as a Bullet Train appeared first on Futurism. 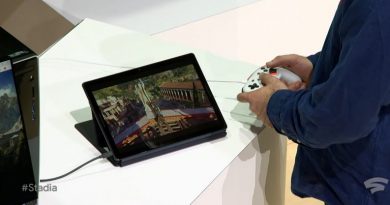 Apple will allow xCloud and Stadia on the App Store, with big restrictions

APAC employees not fully secure to work from home