One of the less appreciated aspects of George Lucas’ vision for Star Wars was that he predicted the existence of planets in binary star systems years before we saw even the first exoplanet.  Now a team from the University of Cambridge and the Max Planck Institute for Extra-terrestrial Physics have found how exactly those planets can form without being torn apart by their accompanying suns.

At this point, astronomers have found plenty of planets like Tatooine, orbiting around a binary star system. Kepler found around a dozen that orbit both stars in a binary, in addition to dozens of others that orbit at least one star in a binary system.  But how exactly such worlds could form remained a mystery until recently.

To solve that mystery, Dr. Roman Rafikov of Cambridge and Dr. Kedron Silsbee of Max Planck turned to computational physics models.  Gravity in binary star systems can wreak havoc on planetary formation models, with the gravitational pull of one star destroying a protoplanet before it is able to amalgamate enough mass to truly be considered a planet.  That same gravity can also disrupt the protoplanetary disks that planets can form out of.

But Drs. Rafikov and Silsbee found a very special set of conditions that still allows planets to form in such a harsh environment.  In order to unlock the secret they studied the nearest binary star system – Alpha Centauri.

In our nearest stellar neighbor, the smaller star orbits around the larger one about once every 100 years.  It’s a relatively stable gravitational dance, essentially what would happen if you replaced Uranus with a star and kept it on the same orbit.  In such an environment there are two important variables needed for the formation of a planet.

First, the “planetesimal” (i.e. the object that ends up being a planet) must start out at least 10 km in size.  This is in part due to the larger gravitational attraction of these larger objects compared to smaller ones, but also because they would move more slowly through the protoplanetary disk, allowing more material to accrete onto them.

The shape of that protoplanetary disk is key to the second finding – it must be almost perfectly circular.  Any major irregularities can throw off the delicate gravitational balance of the new planet, causing it to disintegrate.  But in a more ordered environment, it might have time to grow into a fully formed planet.

These explanations are both satisfying, and likely more realistic than other alternative explanations for how planets end up in binary systems, such as those systems happening to catch rogue planets that wander their way.  But conditions are still less than ideal compared to single-star systems.  Even so, the universe is still a big place, and the fact Kepler found so many close to us is a good indication that with enough chances, even very unlikely events will happen occasionally.  Maybe some of those unlikely chances would even result in a habitable desert like Tatooine.

The post This is how you get Tatooines. Binary Star Planet Formation appeared first on Universe Today.

COVID vaccination cards to appear on Android in US

Orphaned by Windows 11? I’m mad as hell and I’m not gonna take it anymore 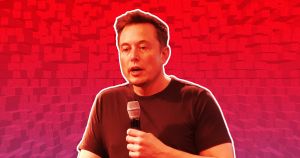