The home of the Universal Monsters is a great place to turn to for scary movies this Halloween. 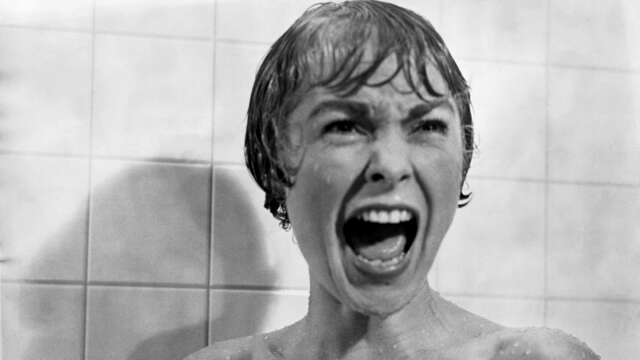 There are plenty of streaming services out there, but there aren’t many that can boast a better selection of horror flicks than Peacock. But that shouldn’t come as too much of a surprise, since we’re talking about Universal’s streaming service here–Hollywood’s original horror studio. And now, nearly a century after the heyday of the Universal Monsters, Peacock is a great place to check when you’re looking for a spooky movie to watch during Spooky Month.

No matter what kind of spooky times you’re looking for, Peacock has it–whether you’re into the suspense of Alfred Hitchcock, old-school slasher thrills like the original Black Christmas,, mega-disturbing body horror like Videodrome, or just a breezy horror-comedy like Shaun of the Dead. Peacock is gonna hit the spot.

Peacock’s library is chock full of horror classics both recent and very old–it’s a treasure trove of horror history, really. To help you sort through it all, we’ve put together this list of the best of the best spooky movies available on Peacock. You can’t go wrong with the films we highlight below, in alphabetical order. 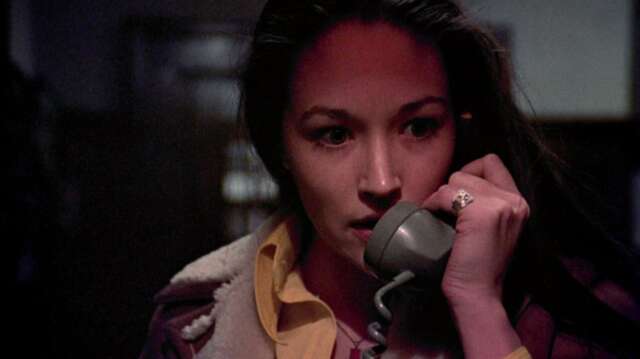 If you’re into slasher movies, you can’t go wrong with one of the originals–before Freddy or Jason or Michael Meyers, there was this creepy weirdo who slaughtered a bunch of college women in a sorority house. And since it was made before most slasher tropes had been established, it’s got its own thing going on that makes it much more than just another slasher flick. 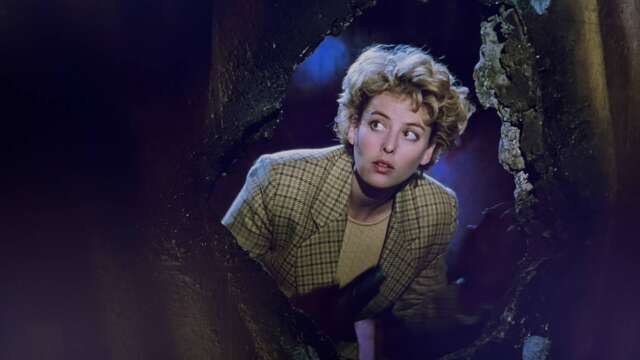 The original Candyman film, about a ghostly Tony Todd turning up to kill people who say “Candyman” in the mirror 5 times in a row, is as mesmerizing as it is socially conscious. Which is to say if it’s very much both of those things. 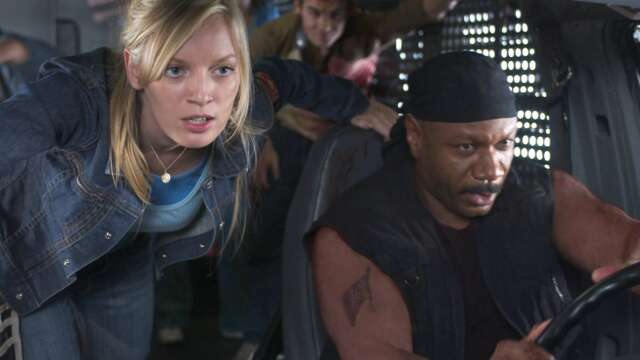 This remake was momentous–it was Zack Snyder’s first film as director, with a script from at-the-time rising star James Gunn. Now that we’re well past the debate over running vs walking zombies (an actual internet fight we had two decades ago), it’s easy to see this movie for what it is: legitimately great. 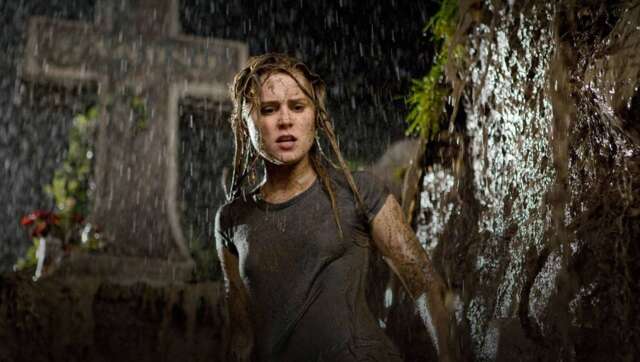 My personal favorite Sam Raimi movie follows a bank employee named Christine who decides to foreclose on the home of a Gypsy woman–who in turn curses Christine with a demon who will physically act out the title of the movie if Christine can’t figure out how to deal with her. This is a great pick for when you want a movie that’s extremely loud. 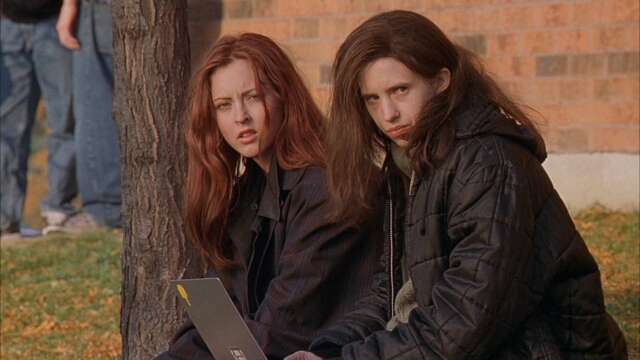 There simply are not enough werewolf movies out there. Fortunately for us, one of the ones we do have is Ginger Snaps, a fun little flick about a pair of 16-year-old sisters who have a close encounter with a werewolf–with one of the sisters, Ginger, being bitten and turning into one herself. On top of the chills and thrills, the screenplay from Karen Walton is darkly funny.

6. The Purge: Anarchy and Election Year 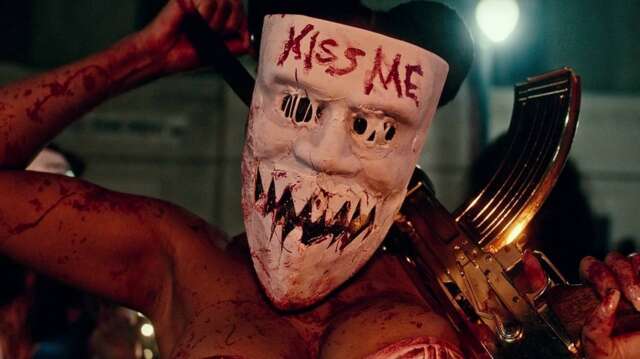 Despite Universal producing the entire Purge franchise, Peacock only has two of the films (along with both seasons of the excellent TV show). But it’s a good pair to have, because these are the two that Frank Grillo starred in. As wonderful as the more recent ones have been, Anarchy and Election Year are still probably the two best films in the series. 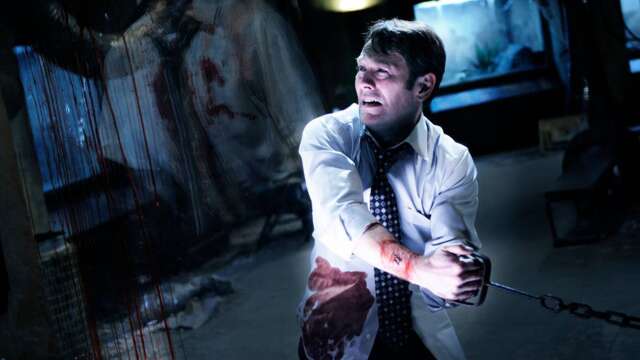 We love nearly every Saw movie, but we definitely love the one about America’s comedy routine of a healthcare system the most. Even though things are slightly better on that front these days, it’s great to have this, uh, gleeful reminder of the old ways.

8. Shaun of the Dead 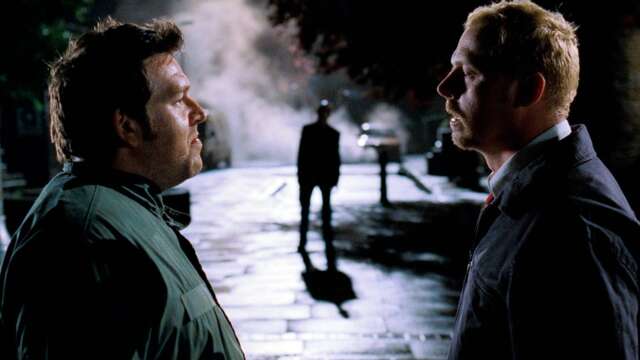 Edgar Wright’s breakout movie, a buddy comedy about a pair of extremely normal and boring dudes (Simon Pegg and Nick Frost) experiencing a zombie apocalypse, is still his best. 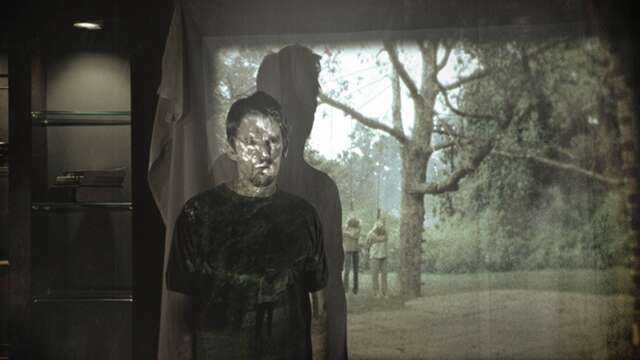 Scott Derrickson–best known as the director of the first Doctor Strange movie–cut his teeth with some very dark and vibey supernatural horror movies. And the best of them is Sinister, about a guy (Ethan Hawke) who finds a bunch of old super 8 film canisters that show a series of murders. It is an incredibly unsettling experience 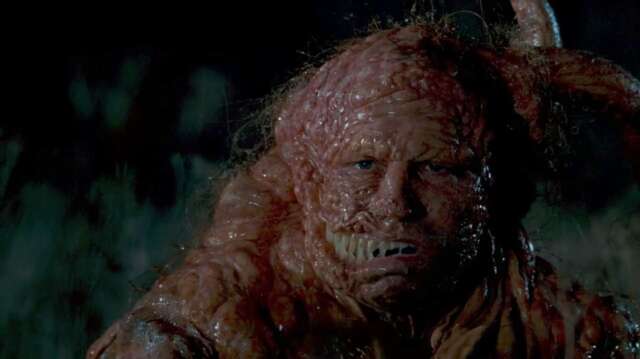 In James Gunn’s first time in the director’s chair, we got a movie about an asteroid crashing in the woods near a small podunk town and turning Michael Rooker into a really, really gross alien creature (pictured). Sounds about right–and as you’d expect from a movie Gunn wrote, it’s still hilarious a decade and a half later. 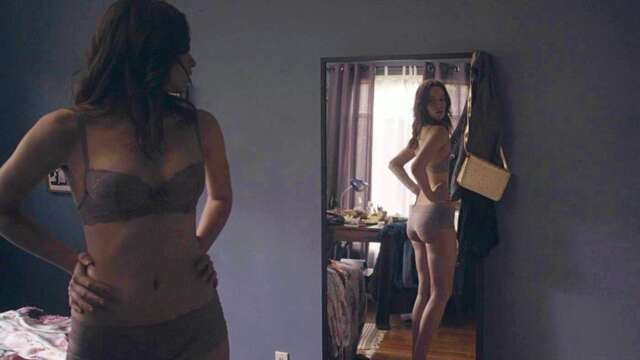 If you’re looking for a horror movie that will make you extremely depressed, this indie about a young woman who will do anything to achieve stardom is your ticket. It stars Alex Essoe, who you probably know from Midnight Mass and The Haunting of Bly Manor. 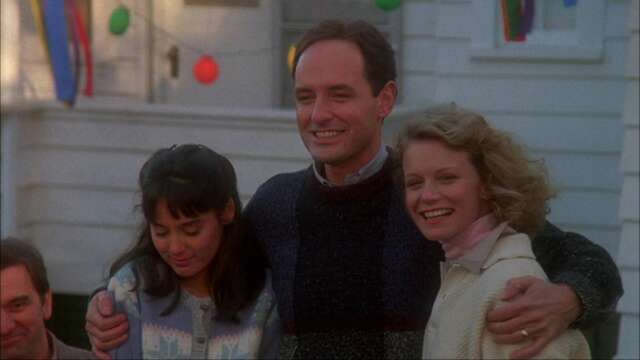 This is a movie about a guy who kills his whole family, then remarries and keeps that same option in his back pocket for his new family. The titular stepfather being played by Terry O’Quinn (you probably better know him as John Locke from Lost) is an aspect of this movie that has aged quite well 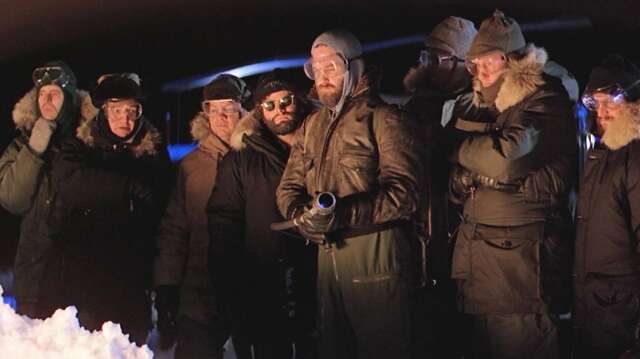 John Carpenter’s little monster flick about a crew of researchers in Antarctica encountering a horrible, blobby mimic from outer space is a classic for good reason. You’ll never go wrong with this one. 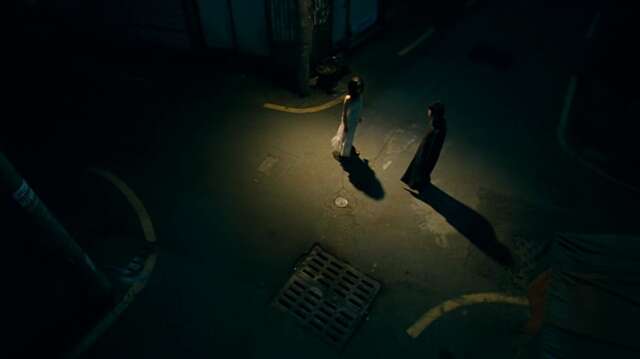 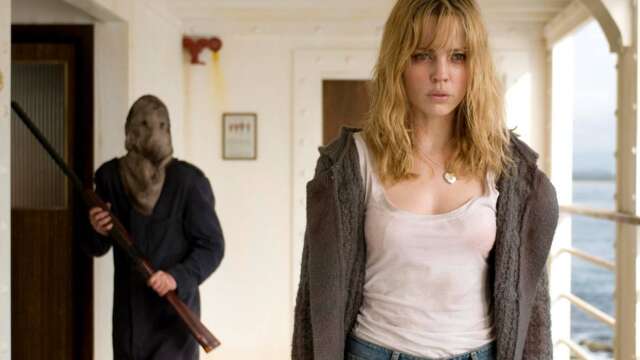 If we describe this one too much it’ll ruin it. But we will say this. Triangle is one of the best kinds of movie: One that’s as much of a puzzle for the viewer’s mind as it is for the characters experiencing it. And we mean that in the best possible way. 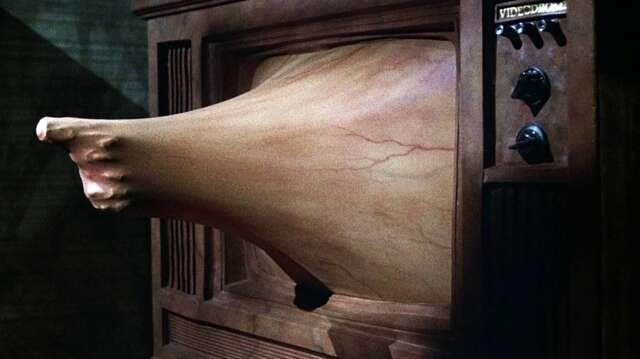 This one is the magnum opus from the undisputed master of body horror, David Cronenberg. Videodrome focuses on an old public access TV program that seems to show people being tortured and killed. But it’s so much weirder and more upsetting than just that. 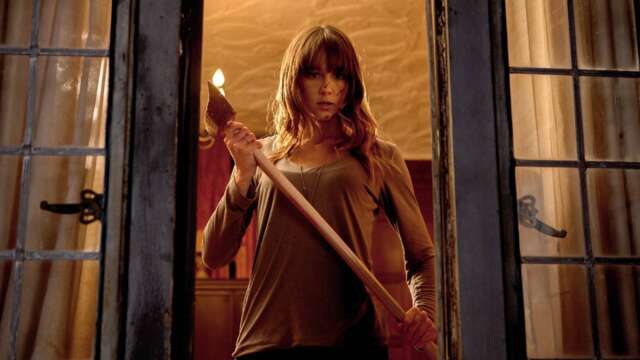 Before director Adam Wingard was directing mega-budget blockbusters like Godzilla vs Kong, he was making low budget horror movies like the brilliant and snappy home invasion flick You’re Next. And this one comes with an absolutely delightful appearance by X and Pearl director Ti West.

18. The Works of Alfred Hitchcock 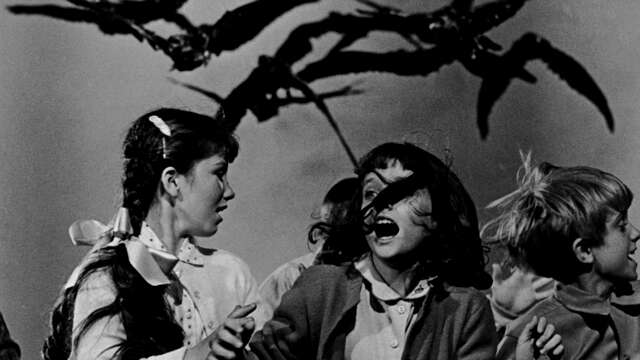 Hitchcock’s movies were so well crafted and influential that now, more than a half-century later, his movies have aged really well. Shockingly well, maybe. The Birds and Psycho are obvious choices for spooky season, but his classic thrillers like Vertigo and Rear Window are just as effective at keeping you on the edge of your seat. 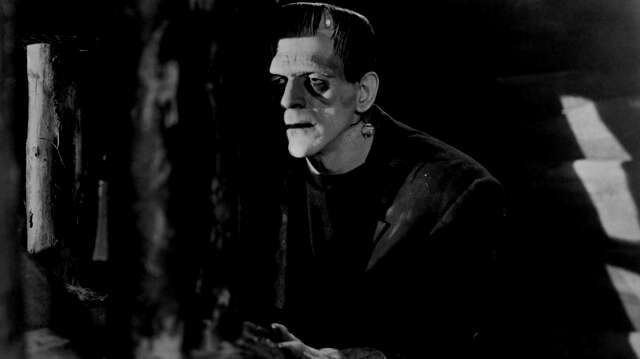 Since Peacock is Universal’s streaming service, it’s only natural there would be a whole pile of Frankenstein, Dracula, Mummy and other ancient monster pictures. For vintage horror you really can’t do better than this. 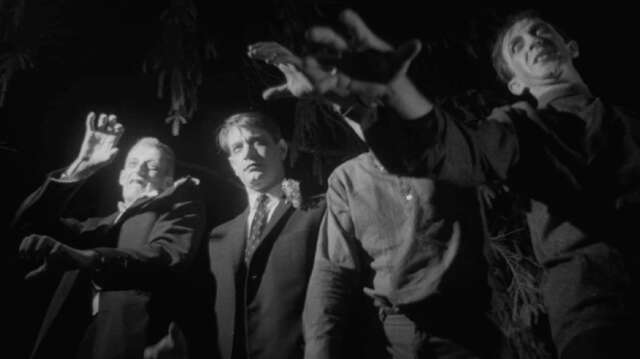 Peacock has three of the zombie master’s movies:The original Night of the Living Dead, Day of the Dead, and Land of the Dead. His three best, if we’re being totally honest.

The Dark Pictures Anthology: House Of Ashes Review – The Descent

Brawl Stars – How To Win With Random Teammates!