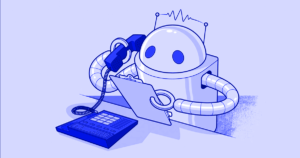 The life of a typical cell phone user is full of daily annoyances. Many of those annoyances have to do with social media and the internet, but let’s not forget the stressful random calls and texts from unfamiliar numbers. Scammers and robocallers somehow got a hold of your phone number, and now you have to deal with their calls and texts at all hours of the day or night. Most people treat this as the byproduct of living in our modern, tech-heavy society?

But Uncall provides a way to re-secure your phone number and take it off of whatever lists or logs it ended up on so that it is only in the hands of people you want to have it. It’s the perfect way to stop robocalls, telemarketers, an unwanted texts once and for all.

Uncall works like this: When you sign up for the service, you get a free “rough analysis” that estimates how many generic robocall lists your phone number is currently found on. Then, Uncall handles the removal of your number from both the legitimate “white hat” lists as well as the more sinister corners of the “dark web” that your number might have ended up. The service uses various methods to make sure your number is either removed entirely from these logs, or marked as a “bad conversion,” an industry term for a phone number that is not worth calling with sales pitches or scams. Either way, the end result is the same. Uncall will stop robocalls and scammers from reaching you via your call phone.

The first step is to make sure your phone number is compatible with the service. Chances are, it is, because Uncall works with all the major providers in this impressive array of countries: US, UK, Australia, Austria, Belgium, Canada, Denmark, Finland, France, Germany, Hong Kong, Ireland, Japan, Luxembourg, Netherlands, New Zealand, Norway, Singapore, Spain, Sweden, Switzerland, Italy, and Portugal. You can find a complete list of the covered countries and providers right here.

Once you decide to take advantage of Uncall’s services, the only thing left for you to do is pick which pricing structure that is right for you. Luckily, this is pretty simple, as well, since you have only two options to choose from: If you’re looking to protect fewer than five phones, you should go with the standard plan, which is $15 per device (that’s just once, not per month or year). But if you’ve got five or more devices you’re looking to lock down, you can save a significant amount of money with the Enterprise plan, which is priced at just $10 per device and offers all the same features as the standard plan, plus multiple accounts.

Get Started With Uncall Right Now For Free

Even though Uncall is a service you pay for just once, you’ll still get monthly checkups to ensure your phone number remains secure, and you only get calls or texts from people you actually know, or want to know. So to get more information on Uncall, and stop robocallers and scammers once and for all, click right here.

Futurism fans: To create this content, a non-editorial team worked with an affiliate partner. We may collect a small commission on items purchased through this page. This post does not necessarily reflect the views or the endorsement of the Futurism.com editorial staff.

The post Stop Robocalls, Telemarketers, and Unwanted Texts for Good With Uncall appeared first on Futurism.

A Balloon Mission that Could Try to Confirm Life On Venus