In November of 2021, NASA will embark on a new era of space exploration as they make the inaugural launch of the Space Launch System (SLS). When it enters service, this booster will be the most powerful rocket since the Saturn V, which took the Apollo astronauts to the Moon. This is fitting since the SLS will be the rocket returning astronauts to the Moon by 2024 (as part of Project Artemis).

To get the SLS ready for its first launch, NASA has been running the Core Stage through a series of tests designed to test all the systems and components of the heavy-launch system – collectively known as a “Green Run.” The next step in this process will be a second Green Run Hot Fire Test, where all four RS-25 engines on the SLS Core Stage will fire at once to show they can operate as part of a single integrated system.

In preparation, NASA recently issued an invitation for US media to attend the event, which will take place at the B-2 Test Stand at the NASA Stennis Space Center in Hancock County, Missippissi. NASA is targeting the week of Feb. 21st, with the exact day and time to be determined pending completion of the test readiness review. All media wishing to attend are asked to submit requests for accreditation before 4 P.M. EST on Monday, Feb. 8th.

As we explored in a previous article, this hot fire test is the final in a series of eight tests designed to ensure that the Core Stage’s systems are ready for spaceflight. The test will consist of engineers fully-loading the Core Stage and firing the engines for a period of up to eight minutes. This allows the engineering teams to demonstrate that the engines, tanks, fuel lines, valves, and software can all perform together as they would during a launch.

The first attempt took place on the afternoon of Jan. 16th and was a partial success. The Core Stage was fully loaded with cryogenic fuel and all four engines ignited, but an unexpected anomaly during the test-fire caused the automated systems to abort a little over a minute in. However, a post-test analysis revealed that the abort was due to the test parameters being kept deliberately conservative to ensure safety.

After further confirming that the Core Stage was in good condition, NASA decided in late-January to proceed with the second hot fire test. Meanwhile, work continues at NASA’s Kennedy Space Center (KSC) in Florida on the solid rocket booster segment. Recently, engineers at NASA Kennedy received the third of five boosters elements, which are being stacked on the mobile launcher inside the Vehicle Assembly Building (VAB).

Following the completion of the second hot fire test, NASA will ship the Core Stage to NASA Kennedy, where engineers will integrate it with the fully-assembled boosters and the Orion spacecraft. All of these elements together make up the Artemis I mission, the first launch of the SLS and Orion together. On this inaugural launch, an uncrewed Orion spacecraft will be sent on a 25-day flight around the Moon and then return to Earth.

If successful, this mission will validate the SLS’s ability to conduct missions beyond Low Earth Orbit (LEO). This will be followed by Artemis II, currently expected to happen in August of 2023, which will be the first crewed mission involving an Orion spacecraft (also on a circumlunar flight). Artemis III, the long-awaited return to the lunar surface, is still targeted for October of 2024.

Safety Guidelines: In accordance with the Centers for Disease Control and Prevention (CDC) and the agency’s chief health and medical officer, NASA will be issuing a limited number of press credentials for this event. Due to COVID-19 safety restrictions at Stennis, all attendees are required to follow quarantine requirements at all times.

The post SLS Will be Tested Again in About 3 Weeks appeared first on Universe Today. 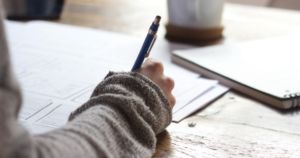 This Tech Company Could Save You Thousands On Student Loans

A sonar-guided smart robot vac? It’s just Phase I of the invasion plan.

KT profit rises on back of cloud demand