If you’re looking to bring your Xbox Series S on the road, consider checking out the xScreen. This unique product clips onto your console and provides you with a portable screen, letting you game on the go without having to lug a big monitor with you–and the only cable you’ll need to pack is the original Xbox power cord. These sorts of displays used to be fairly popular in the early-2000s, so it’s interesting to see companies bring them back for modern platforms like the Series S. 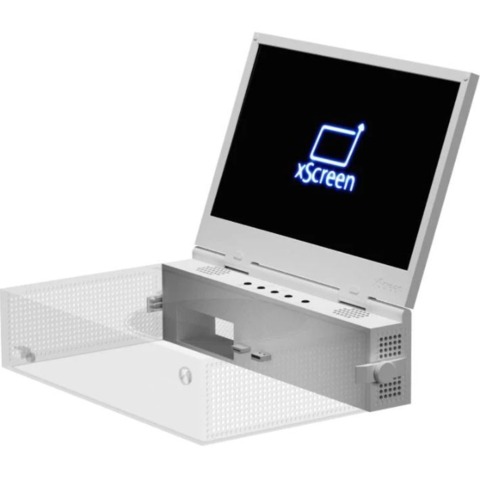 The xScreen is currently getting a $50 price cut, and this is actually the very first time the screen has ever gone on sale. Offering an 11.6-inch display with a 1080p resolution and 60Hz refresh rate, it’s surprisingly upscale for such a small product. You’ll also benefit from built-in speakers and controls, along with a design that lets it fold flat onto the top of your Xbox Series S for impressive portability. The only drawback is that you’ll still need a cable to power your Xbox Series S. But the xScreen itself is fully integrated with the console, meaning you won’t have to fiddle around with any additional cords or set up.

When it comes to portable monitors for your Xbox Series S, you don’t have many options. The only real competition for the xScreen is the G-Story, which offers a 12.5-inch display but carries a $300 price tag (although it’s currently discounted to $260). Be sure to take a look at both before pulling the trigger.

If you think the portable display looks cool but don’t currently have an Xbox Series S, there’s a pretty good promotion at eBay right now. You’ll find a discounted Xbox Series S bundle that includes some Fortnite and Rocket League goodies for just $240, down from $300. You’ll also find a massive digital sale on the Xbox Store, which is slashing prices on hundreds of popular games.