Three federal agencies — the National Park Service, the EPA and now NASA — have allegedly launched unofficial “protest” accounts on Twitter in defiance of the Trump team’s directives to not blog, tweet or talk to the news media about climate changes issues. While it’s not unusual for a new administration to want to control the message, many bristle at what they see as an administration that wants to redefine and control scientific fact.

That brings us to these accounts. Are they really created by NASA and other government employees or are they the work of ticked off science advocates not connected to the agencies? In at least one case earlier this week in Badlands National Park, a former employee posted this unauthorized tweet:

“Today, the amount of carbon dioxide in the atmosphere is higher than at any time in the last 650,000 years.” The tweet was later removed.

The @RogueNASA Twitter account uses NASA’s logo — a no-no unless you have specific permission. The site describes itself as “the unofficial “Resistance” team of NASA. Not an official NASA account. Follow for science and climate news and facts. REAL NEWS, REAL FACTS.”

NASA’s very strict about how it’s logo is used. Under Media Usage Guidelines, here’s what the agency has to say:

Moreover, NASA reported that it had not given permission for another group or person to use its logo on the new account. While the sites may be legit and you and I sympathetic to the cause, exercise skepticism when poking around these accounts. Be cautious of opening up or downloading files the same way you’re careful with e-mail attachments. Take a look, participate, but be wary.

For your perusal, the current “alt science” sites I’m aware of are listed below. My hunch after looking at them is that it’s possible they may have been created by the same group of people. Whatever their origin, they’re quickly becoming very popular. As of Wednesday evening (Jan. 25), Rogue NASA has 209,000 followers; AltEPA 41,600 and 883,000 at AltUSNatParkService.

For more on the new administration and NASA, check out Nancy Atkinson’s story “Could NASA Be Muzzled Under Trump Administration?” 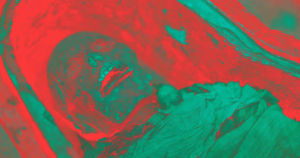