This study shows that show that the risk of further fracture after a first major osteoporotic fracture is greatest immediately following the first event, with a declining, but still increased, risk in subsequent years. These results suggest that pharmacological treatment for secondary fracture prevention should be considered during the period immediately following a first fracture.
Go to Source

Google: We’re using Kotlin programming language to squash the bugs that cause most crashes 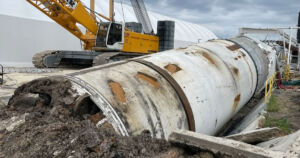