Every now and then there is a burst of radio light in the sky. It lasts for just milliseconds before fading. It’s known as a Fast Radio Burst (FRB), and they are difficult to observe and study. We know they are powerful bursts of energy, but we aren’t entirely sure what causes them.

The more we’ve learned about FRBs, the stranger they appear. Most occur outside our galaxy, but there are a few that seem to originate within the Milky Way. Most seem to appear at random in the sky, but a few of them are repeating FRBs. Some of them even repeat with surprising regularity. Because of this, astronomers generally think they can’t be caused by a cataclysmic event, such as the last radio burst of a neutron star as it collapses into a black hole.

One likely candidate is a special kind of neutron star known as a magnetar. Neutron stars generally have strong magnetic fields, but magnetars take this to the extreme. Their magnetic fields can be a thousand times more powerful than that of a typical neutron star. Their fields are so powerful that they can heat the surface of a magnetar to more than 10 million Kelvin.

Magnetars are magnetically and thermally active, so they can have upwellings of hot material and magnetically charged flares. It’s similar to the surface activity of our Sun, but at a much more powerful level. When a magnetar has a flare, it can create a burst of intense x-rays and gamma rays. These stars are known to be the source of soft gamma ray repeaters, for example. Since a flare of ionized gas can create radio light when it interacts with a magnetic field, it’s thought that magnetars could also create fast radio bursts.

Recently, a team found evidence to support this idea. About 30,000 light years from Earth there is a magnetar known as SGR J1935+2154. In mid-April of 2020, it entered an active period, so the team decided to observe it with the Insight-HXMT satellite. They observed hundreds of x-ray bursts from the magnetar. Then on April 28, the CHIME radio telescope observed the fast radio burst FRB 200428, which had the same location and distance as the magnetar. The FRB occurred just 8.6 seconds after the team observed an x-ray burst. This time delay is consistent with the fact that the interstellar medium slightly slows radio signals.

From this study it is clear that magnetars are a source of fast radio bursts. We still aren’t clear if magnetars are the source of all FRBs, particularly those that don’t repeat. But since SGR J1935+2154 is relatively close and regularly goes through active periods, we should be able to observe many more FRBs from it over time. It should give us the data we need to understand these strange radio signals.

Samsung Galaxy S20 FE: How to buy and where to find the best deals 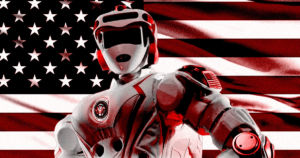 Ex-Googler: Company Has “Voodoo Doll, Avatar-Like Version of You”