Anybody with an ounce of intellectual curiosity (and an internet connection) has seen the images of Pluto and its system taken by the New Horizons probe. The images and data from New Horizons have opened the door to Pluto’s atmosphere, geology, and composition. But New Horizons wasn’t entirely dormant during its 9 year, billion-plus mile journey to Pluto.New Horizons returned 3 years worth of data on the solar wind that sweeps through the near-emptiness of space. The solar wind is the stream of particles that is released from the upper atmosphere of the Sun, called the corona. The Sun’s solar wind is what creates space weather in our solar system, and the wind itself varies in temperature, speed, and density.The solar wind data from New Horizons, which NASA calls an “unprecedented set of observations,” is filling in a gap in our knowledge. Observatories like the Solar Dynamics Observatory (SDO) and the Solar and Heliospheric Observatory (SOHO) are studying the Sun up close, and the Voyager probes have sampled the solar wind near the edge of the heliosphere, where the solar wind meets interstellar space, but New Horizons is giving us our first look at the solar wind in Pluto’s region of space.

This solar wind data should shed some light on a number of things, including the dangerous radiation astronauts face when in space. There is a type of particle with extreme energy levels called anomalous cosmic rays. When travelling close to Earth, these high-velocity rays can be a serious radiation hazard to astronauts.The data from New Horizons reveals particles that pick up an acceleration boost, which makes them exceed their initial speed. It’s thought that these particles could be the precursors to anomalous cosmic rays. A better understanding of this might lead to a better way to protect astronauts.These same rays have other effects further out in space. It looks like they are partly responsible for shaping the edge of the heliosphere; the region in space where the solar wind meets the interstellar medium.New Horizons has also told us something about the structure of the solar wind the further it travels from the Sun. Close to the Sun, phenomena like coronal mass ejections (CMEs) have a clearly discernible structure. And the differences in the solar wind, in terms of velocity, density, and temperature, are also discernible. They’re determined by the region of the Sun they came from. New Horizons found that far out in the solar system, these structures have changed.”At this distance, the scale size of discernible structures increases, since smaller structures are worn down or merge together,” said Heather Elliott, a space scientist at the Southwest Research Institute in San Antonio, Texas, and the lead author of a paper to be published in the Astrophysical Journal. “It’s hard to predict if the interaction between smaller structures will create a bigger structure, or if they will flatten out completely.”The Voyager probes measured the solar wind as they travelled through our Solar System into the interstellar medium. They’ve told us a lot about the solar wind in the more distant parts of our system, but their instruments aren’t as sensitive and advanced as New Horizons’. This second data set from New Horizons is helping to fill in the blanks in our knowledge.

The post New Horizons Did Amazing Work Before Even Arriving At Pluto appeared first on Universe Today. 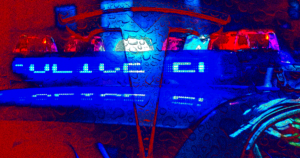