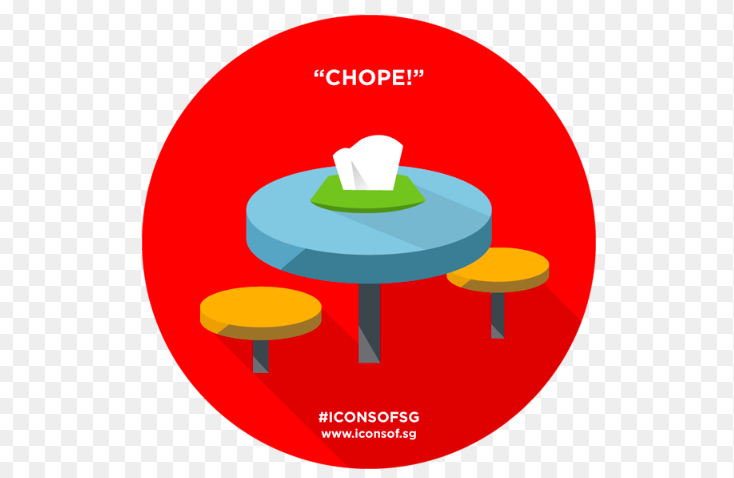 “Chope”, the uniquely Singaporean practice of reserving tables has been around for a long time, but not everyone is clear about the proper way of going about it. A Reddit user in Singapore, wzm971226, asked on r/SingaporeRaw on Tuesday (Dec 6), about the etiquette of chope-ing based on a recent unpleasant experience.

The netizen had been at a “very crowded hawker centre” for lunch and sat at a table good for five to six people. There was one plastic bag with books in it on the table to show that someone had already chope-d it. He then sat there and began to eat. “i was already carrying my food and my bag waiting to find seats so i ended up sitting there, thinking that its a large table, they wont mind to share”

However, someone soon came and asked him to leave, explaining that they were a group of three and needed the whole table. The netizen asked if she didn’t mind sharing, since there were only three of them and there was space for more people. “Then she replied me saying that they wanna sit separately (?) which im slightly confused by her words so i ignored that sentence. then she raises her voice and question me if im Singaporean, and if i know that singaporeans are entitled to chope seats in hawker centre with their stuff.”

The Reddit user asked, “are we entitled to chope a large table with random stuff like tissue pack or plastic bag? If its a large group of people going to the hawker centre, why wont they let one person to just sit there and chope seats while others go buy food?”

wzm971226 added that when he goes out to eat with friends and if there are more than two of them, one of the group always sits at the table to wait while the others buy their food. “I always assume this is the common etiquette that we follow here,” the Redditor added.

Commenters on the thread tended to agree with the netizen, with one calling the woman at the hawker centre as being entitled.

“If the table and seats choped has more seats and space than the choping group requires, they’re absolutely NOT entitled to the remaining seat/space staying vacant for their ‘comfort’ or ‘privacy’ or ‘exclusivity’ if others need somewhere to sit down and eat too,” another wrote.

Several told the netizen to “Go for it.”

This is exactly what the netizen did. 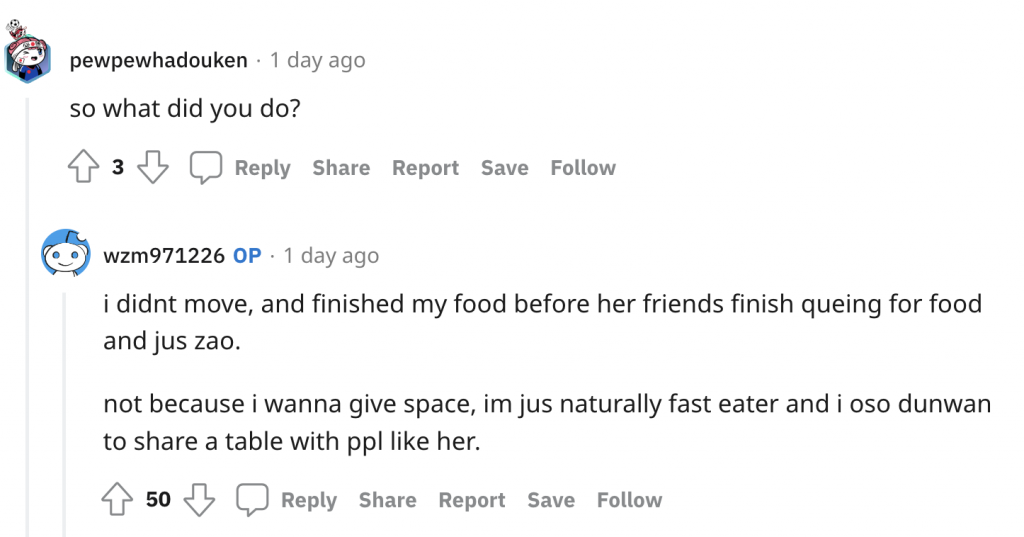 “You 3 people got how many backside,” a Redditor commented.

“If there is a spare seat they have no right not to share it with you.”

From chope-ing to chilli oil on everything: Expats talk about their Singapore ‘Culture Shock Moments’

The post Netizen asks about chope-ing etiquette at hawker centres: Are we entitled to use tissue pack to chope tables? appeared first on The Independent Singapore News – Latest Breaking News