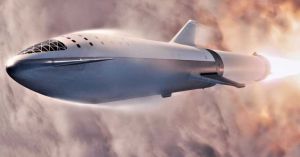 In a new interview with Business Insider, the director of the Space Technology and Exploration Directorate at NASA Langley warned that Elon Musk’s proposed Starship design was going to be “orders of magnitude” more difficult than any NASA project in history.

“It won’t be easy for us or SpaceX,” Walt Engelund told Business Insider.

Engelund’s specific concern is Musk’s plan to cool the rocket by “bleeding” fuel through small pores. He asked what would happen, for instance, if a “bird poops on your rocket and it plugs up a few holes.”

“I’ve seen instances where you’ll get one clogged channel… and it will immediately result in burn-throughs,” the chief engineer told the business magazine. “A model will disappear in a hypersonic wind tunnel. It almost vaporizes, there’s so much energy and so much heat.”

At the same time, Engelund admitted, SpaceX is bringing unprecedented energy and creativity to the private space industry, so he doesn’t rule out Starship succeeding — and he foresees further collaboration between the two organizations.

“They’ve surprised a lot of people, and have a lot of smart people working for them, and Elon seems to be really committed and dedicated to this,” Engelund told Business Insider. “Perhaps there are some things that we could do with them. I suspect there will be.”

The post NASA Chief: SpaceX’s Starship Tougher Than Any NASA Project, Ever appeared first on Futurism.

Calculating genetic links between diseases, without the genetic data

For IBM, will spinning off GTS help it get the Red Hat mojo?