A man who cheated on his first wife when they were married five to seven years ago, found that he wanted to go back to her despite getting married again to someone else.

In an anonymous post to popular confessions page SGWhispers, the man asked: “Should I swallow my pride and court my ex-wife?”

He continued: “When we were still married about 5-7 years ago, I made the mistake of cheating on my ex wife. She found out, we tried for awhile but eventually she said she can no longer live with me”. He added that they had children who were now under his wife’s care, and said that he had remarried.

He described their relationship as amicable but added that over the years, he could see how his wife has “bloomed, and really progressed in her career”. Because his current wife angered him, he wrote that he neglected his ex-wife.

“I know now that she used to be uninteresting because she let me focus on work and she had just given birth. I feel like if I ask her to remarry me, she will tell me she has someone else. I dont know who she is dating but I feel it is worth it. Will swallowing my pride be enough?” the man wrote.

He added that he understood he would have to divorce his current wife in order to go back to his ex-wife but said that he wanted a complete family again. In his post, he asked netizens for advice on how to win his ex-wife back and said that he knew that he was at fault.

Most netizens who commented on the post told the man to leave his ex-wife alone and to not ruin things for her especially if she was happy.

Here’s what they said: 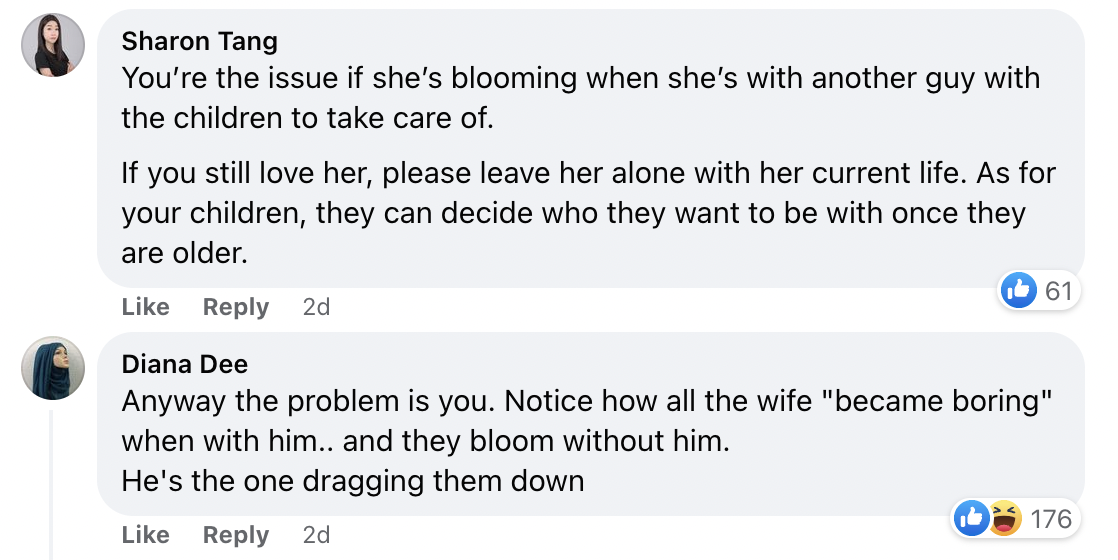 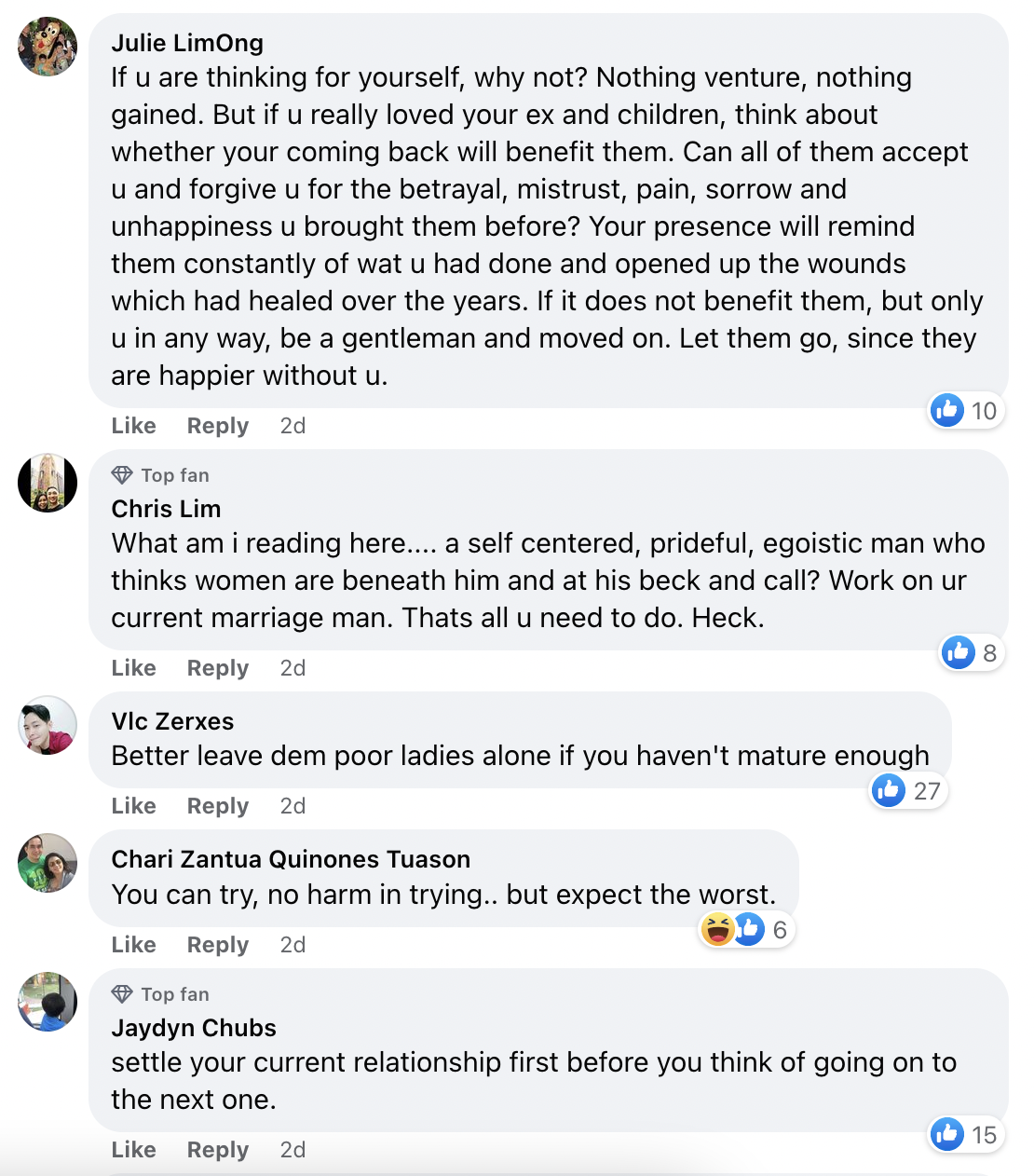 Youth gets 7 years’ jail, 15 strokes for ‘brutal, violent’ rape, robbery of prostitute in his flat

North Korean leader Kim called Trump a what? A ‘dotard’