In a post to Facebook group FDW in Singapore (working conditions forum), the maid asked: “Does anyone knows is it normal for agency to deduct salary again after paying your 3months loan if you change employer?”

In her post, the helper wrote that when she first came to Singapore, she had a loan worth three months of her salary owed to her agency. The helper said, “I stay with my current employer for 2months only after salary deduction I want to change new employer but my agency told me she will deduct 2months more that means I have to pay 5months salary to my agency already is it that fair ?”

According to the Ministry of Manpower, “For loans, your employer can deduct your salary in instalments. Each instalment should not exceed 25% of your salary for the salary period”.

Netizens who commented on her post said that as long as she had repaid her initial loan to the agency, she need not work with that agency again.

Here’s what they said: 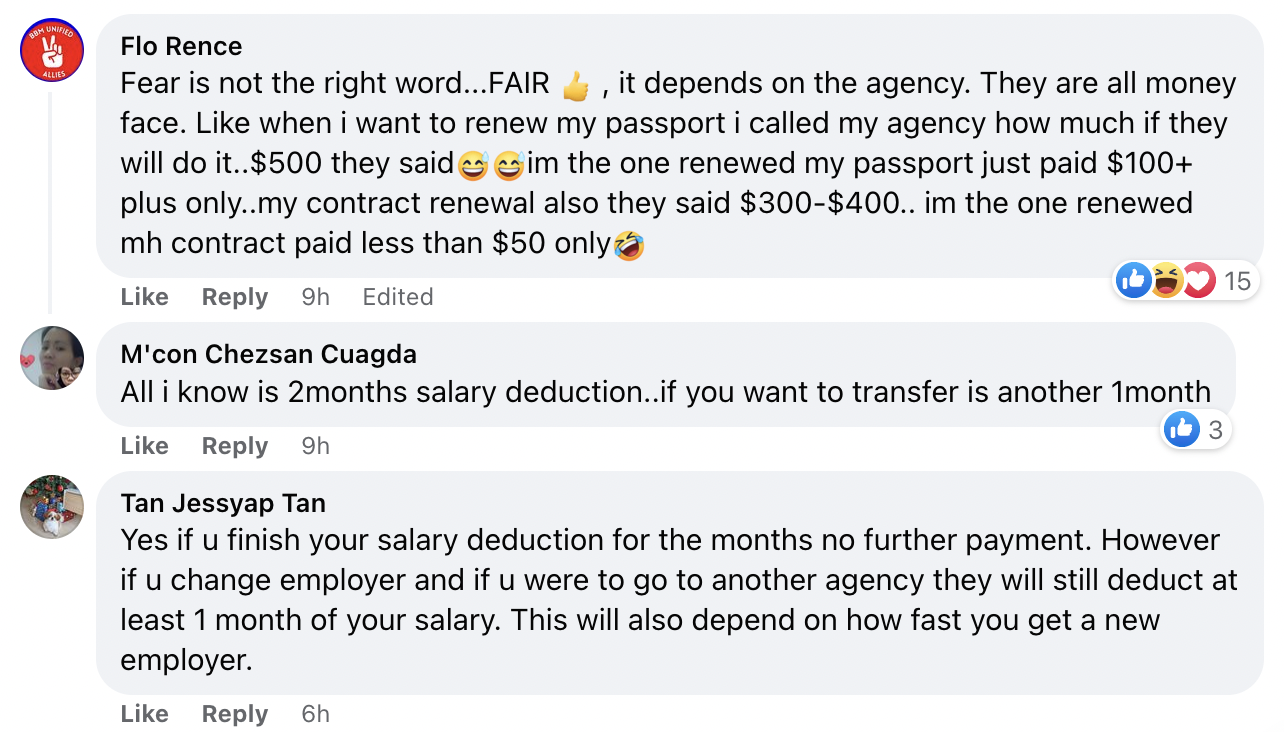 In August, a foreign domestic helper who had the first three months of her salary deducted asked if she would have another three months’ pay deducted if she was sent to a new employer.

In a post to Facebook group FDW in Singapore (working conditions forum), a netizen by the name of Steph Malditah asked a question on behalf of her friend. Her question was about the maid’s salary deduction and quarantine.

In Ms Steph’s post, she asked if the helper was supposed to pay for her lodging and quarantine the second time around and have her salary deducted for another three months.

Since the helper was sent back to the agency, during the time taken to find another employer, Ms Steph asked if she would have to pay lodging and quarantine fees again, as well as face another three months’ salary deduction from a new employer.