In the 18th century, observations made of all the known planets (Mercury, Venus, Earth, Mars, Jupiter and Saturn) led astronomers to the realization that there was a pattern in their orbits. Eventually, this led to the Titius–Bode law, which predicted the amount of space that naturally existed between each celestial body that orbited our Sun. In accordance with this law, astronomers noted that there appeared to be a discernible gap between the orbits of Mars and Jupiter.

Investigations into this gap eventually resulted in astronomers observing several bodies of various size. This led to the creation of the term “asteroid” (Greek for ‘star-like’ or ‘star-shaped’), as well as “Asteroid Belt”, once it became clear just how many there were. Through various methods, astronomers have since confirmed the existence of several million objects between the orbit of Mars and Jupiter. They have also determined, with a certain degree of accuracy, how far it is from our planet.

The Asteroid Belt consists of several large bodies, coupled with millions of smaller size. The larger bodies, such as Ceres, Vesta, Pallas, and Hygiea, account for for half of the belt’s total mass, with almost one-third accounted for by Ceres alone. Beyond that, over 200 asteroids that are larger than 100 km in diameter, and 0.7–1.7 million asteroids with a diameter of 1 km or more.

It total, the Asteroid Belt’s mass is estimated to be 2.8×1021 to 3.2×1021 kilograms – which is equivalent to about 4% of the Moon’s mass. While most asteroids are composed of rock, a small portion of them contain metals such as iron and nickel. The remaining asteroids are made up of a mix of these, along with carbon-rich materials. Some of the more distant asteroids tend to contain more ices and volatiles, which includes water ice.

Despite the impressive number of objects contained within the belt, the Main Belt’s asteroids are also spread over a very large volume of space. As a result, the average distance between objects is roughly 965,600 km (600,000 miles), meaning that the Main Belt consists largely of empty space. In fact, due to the low density of materials within the Belt, the odds of a probe running into an asteroid are now estimated at less than one in a billion.

The main (or core) population of the asteroid belt is sometimes divided into three zones, which are based on what is known as “Kirkwood gaps”. Named after Daniel Kirkwood, who announced in 1866 the discovery of gaps in the distance of asteroids, these gaps are similar to what is seen with Saturn’s and other gas giants’ systems of rings.

Orbit Around the Sun:

The distance of an asteroid from the Sun (its semi-major axis) depends upon its distribution into one of three different zones based on the Belt’s “Kirkwood Gaps”. Zone I lies between the 4:1 resonance and 3:1 resonance Kirkwood gaps, which are roughly 2.06 and 2.5 AUs (3 to 3.74 billion km; 1.86 to 2.3 billion mi) from the Sun, respectively.

The distance between the Asteroid Belt and Earth varies considerably depending on where we measure to. Based on its average distance from the Sun, the distance between Earth and the closest edge of the Belt can be said to be between 1.2 to 2.2 AUs, or 179.5 and 329 million km (111.5 and 204.43 million mi). But of course, at any given time, part of the Asteroid Belt will be on the opposite side of the Sun relative to us as well.

Naturally, any exploration or other kind of mission launched from Earth is going to take the shortest route, unless it is aiming for a specific asteroid. And even then, mission planners will time the launch to ensure that we are closest to the destination. Hence, we can safely use the estimates of 1.2 – 2.2 AU to gauge the distance between us and the Main Belt.

Even so, at its closest, getting to the Asteroid Belt would involve a bit of a hike! In short, it is approximately 179.5 million km (or 111.5 million mi) distant from us at any given time. As such, knowing just how much time and energy it would take to get their and back is going to come in handy if and when we begin mounting crewed missions to the Belt, not to mention the prospect of asteroid mining!

To learn more, check out NASA’s Lunar and Planetary Science Page on asteroids, and the Hubblesite’s News Releases about Asteroids.

The post How Far is the Asteroid Belt from Earth? appeared first on Universe Today.

New personality test is faster — and tougher to trick 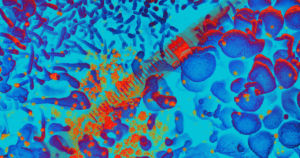