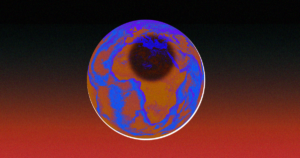 Heads up: For approximately four minutes this afternoon, the Moon will block out the Sun over parts of South America — but you don’t need to be in Chile or Argentina to see the stunning spectacle.

California’s Exploratorium has teamed up with NASA to broadcast a livestream of the eclipse via the video linked below. The coverage will begin at 3 p.m. ET, with the eclipse expected to take place between 4:38 p.m. and 4:44 p.m. ET.

If you happen to live within the eclipse’s path, make sure you fight the urge to look directly at the Sun during it as doing so could permanently damage your eyes. Which, yes, happens to people. Quite a bit.

Instead, you’ll want to use your lunch break today to procure a pair of special eclipse glasses. But if that’s not possible, a sheet of paper with a pinhole poked through it is, of course, an acceptable DIY alternative.

More on eclipses: Watch: What Happened to Solar Power in the US During the Eclipse

The post Here’s How You Can Watch Today’s Total Solar Eclipse appeared first on Futurism.