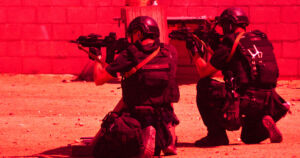 The man was “swatted,” a criminal harassment scheme in which a person tricks the police into sending a SWAT team to a person’s address.

The reason why Herring drew the harassment is equally strange. The harassers allegedly swatted Herring order to intimidate him into handing over his Twitter handle @tennessee, an exceedingly rare username on a platform of hundreds of millions.

Fortunately, the perpetrators have already been identified. Shane Sonderman, who was a minor at the time of the incident, was the one who “collected all our information, my address, my sister’s, my moms, my mother sister, and put it on a channel on Discord, which is a gaming chat forum,” Herring’s daughter Corinna Fitch told WKRN.

Sonderman is now behind bars and is awaiting trial.

A different minor, from the UK, made the call to the local police department, according to Fitch. Because they are a minor, the UK won’t be extraditing the perpetrator to the US, nor releasing their identity.

According to WKRN, the UK minor had five other targets in the US as well, but Herring was the only target who died.

Barriss pleaded guilty to 51 federal charges and was sentenced to 20 years in prison in 2019.

READ MORE: A grandfather died of a heart attack after minors swatted him over his rare Twitter handle [Techspot]

The post Grandfather Dies of Heart Attack After Minors SWAT His Home appeared first on Futurism. 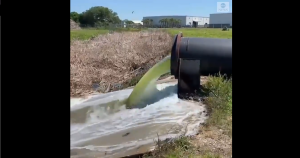