In the 1970s, astronomers discovered that the persistent radio source at the center of our galaxy was a supermassive black hole (SMBH). Today, this gravitational behemoth is known as Sagittarius A* and has a mass roughly 4 million times that of the Sun. Since then, surveys have shown that SMBHs reside at the center of most massive galaxies and play a vital role in star formation and galactic evolution. In addition, the way these black holes consume gas and dust causes their respective galaxies to emit a tremendous amount of radiation from their Galactic Centers.

These are what astronomers refer to as Active Galactic Nuclei (AGN), or quasars, which can become so bright that they temporarily outshine all the stars in their disks. In fact, AGNs are the most powerful compact steady sources of energy in the Universe, which is why astronomers are always trying to get a closer look at them. For instance, a new study led by the University of California, Santa Cruz (UCSC) indicates that scientists have substantially underestimated the amount of energy emitted by AGN by not recognizing the extent to which their light is dimmed by dust.

The research was led by Dr. Martin Gaskell, a research associate and lecturer at UCSC’s Department of Astronomy and Astrophysics. He was joined by a team of engineers, mathematicians, astronomers, and astrophysicists from Harvey Mudd College, Princeton University, and the University of California Berkeley. For their study, the team examined NGC 5548, a Type I Seyfert galaxy located about 244.6 million light-years away. This galaxy has a bright AGN, resulting from a central SMBH of roughly 65 million Solar masses.

According to the results from this latest research, the amount of obscuring dust may be underestimated, much like the overall brightness of AGNs. The team reached this conclusion by studying the reddening effect of dust in the most well-studied AGN (NGC 5548) using seven different indicators. These included a mean AGN reddening curve, a standard reddening curve of the Milky Way, and the Small Magellanic Cloud (SMC) curve. In all cases, they found that the reddening of NGC 5548 was about 14 times greater than what is observed in the solar neighborhood due to the small amount of dust.

“When there are intervening small particles along our line of sight, this makes things behind them look dimmer. We see this at sunset on any clear day when the sun looks fainter. The good agreement between the different indicators of the amount of reddening was a pleasant surprise. It strongly supports simple theories of emission from active galactic nuclei. Exotic explanations of colors are not needed. This makes life simpler for researchers and is speeding up our understanding of what happens as black holes swallow material.”

These results show that In the ultraviolet wavelength, where most of their energy is radiated, a typical AGN puts out an order of magnitude more energy than previously thought. Another takeaway is that AGNs are very similar, and what was thought to be fundamental differences in brightness and energy output are actually the result of different amounts of dust. This could have drastic implications for our understanding of galactic formation, evolution, and the role played by SMBHs in both.

The post Dust is Hiding how Powerful Quasars Really are appeared first on Universe Today. 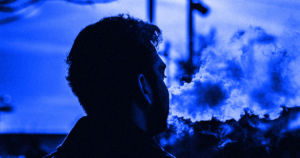