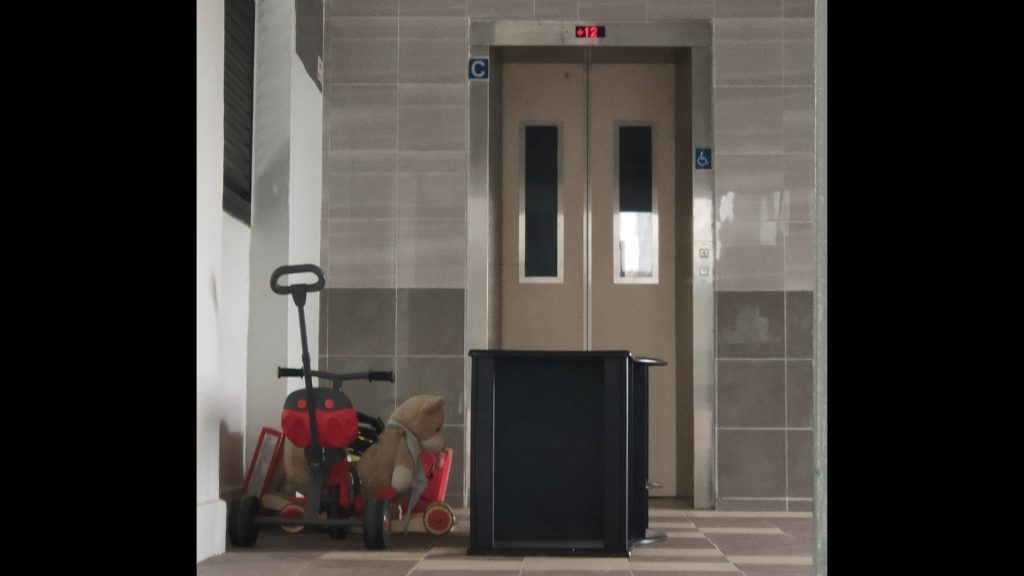 SINGAPORE — A Singaporean recently called out a fellow resident for allegedly blocking a lift entrance with things. He took to social media on Monday (Jan 23) to share a photo capturing an incident that took place in his residential building. The photo featured a child’s bike and a piece of furniture left in front of a lift.

“Putting all unwanted stuff near the lift door and (blocking) the lift.. those in wheelchairs will have difficulty taking the lift!” the post read. “Come on, be considerate!!!”

In response to the post, some people commented, expressing their shared exasperation for the lack of consideration. “(In) every flat, there is one joker family doing this type of work…(they) never think of other users, one said. Still, another empathised, saying, “Imagine if your parents (were) in a wheelchair, what (would you say…”

In response to this, the author of the post wrote, “I (should) go and move (them)?” he wrote. “It’s the town council’s job…I post(ed) this is to let people know (that) inconsiderate behavior (should) not be followed. Yes, posting this cannot remove the items but it can act as a good reminder to all the people. Your argument and logic make no sense…”

The author also added, “(By the way), I can’t move because I’m (in a) wheelchair. I’m a handicapped person. You happy?”

The post “Come on, be considerate!” — Resident on wheelchair calls out neighbour who blocked lift entrance with ‘unwanted stuff’ appeared first on The Independent Singapore News – Latest Breaking News