A neutron star is perhaps one of the most awe-inspiring and mysterious things in the Universe. Composed almost entirely of neutrons with no net electrical charge, they are the final phase in the life-cycle of a giant star, born of the fiery explosions known as supernovae. They are also the densest known objects in the universe, a fact which often results in them becoming a black hole if they undergo a change in mass.For some time, astronomers have been confounded by this process, never knowing where or when a neutron star might make this final transformation. But thanks to a recent study by a team of researchers from Goethe University in Frankfurt, Germany, it may now be possible to determine the absolute maximum mass that is required for a neutron star to collapse, giving birth to a new black hole.As with everything else relating to neutron stars, the process by which they become black holes has long been a source of fascination and bewilderment for astronomers. As the densest of all objects in the known universe, their mass cannot grow without bound – meaning that any increase in mass will also cause an increase in their density.Normally, this process will cause a neutron star to simply achieve a new state of equilibrium, or will result in a non-rotating neutron star beginning to  spin. This latter effect will allow it to remain stable for longer than it could otherwise, since the additional centrifugal force can help to balance out the intense gravitational force at work in its interior.However, even this process cannot last forever. As Professor Luciano Rezolla of Goethe University told Universe Today via email:

“If the star is nonrotating, then this mass is not too difficult to compute and is called the maximum nonrotating mass, or M_TOV. However, this is not the largest mass possible because if the star is rotating, it can sustain more mass than if is not rotating. Even in this case, however, there is a limit because there is a limit to how much a star can rotate before being broken apart from the centrifugal force. Hence, the absolute largest mass that a neutron star can achieve is known as the “maximum mass of a maximally rotating configuration”, M_max.  This is the largest possible mass of the most rapidly rotating model. Suppose you have built such a model: if you added a single atom onto it, it would collapse to a black hole, while it would break apart if you spun it a bit more.”

As neutron stars accumulate mass, the speed of their rotation will increase; and here too, there is a limit. Basically, sooner or later, a neutron star will reach its absolute maximum mass and beyond this, it will inevitably collapse in on itself to become a black hole. Unfortunately, in the past, astronomers have had a hard time determining what the value of this limit was.The reason for this is because such a maximum value is dependent on the equation of state of the matter composing the star. This thermodynamic equation describes the state of matter under a given set of physical conditions – i.e. temperature, pressure, volume, or internal energy. And while astronomers have been able to ascertain within a degree of certainty what the maximum mass of a nonrotating neutron stars would be, they have been less successful in calculating what the maximum mass is for those that are rotating.In short, they have been unable to determine how much mass is needed before a rotating neutron star will surpass its maximum speed of rotation and finally form a new black hole. As Rezolla explained:

“What made it difficult in the past to calculate M_max is its value will differ from what composes the neutron star (i.e. its “equation of state”) and this is something we don’t really know. Neutron-star matter is so different from the one we know that we can only make educated guesses; and unfortunately, there are many guesses because there are several different ways to compute the properties of the equation of state. So one ended up up with a situation in which not only the maximum mass was different for different equations of state, but even the maximum rotation speed was different for different equations of state.”

However, in their study, titled “Maximum mass, moment of inertia and compactness of relativistic stars” – which appeared recently in the Monthly Notices of the Royal Astronomical Society – Rezzolla and Cosima Breu (a Masters student in theoretical physics at Goethe University and co-author of the study) argue that it may now be possible to infer what the maximum mass of a rapidly rotating star would be.For the sake of their research, Rezolla and Breu relied on recent work by astronomers that has shown that it is possible to express the properties of stellar equilibrium configurations that does not depend on the specific equation of the state of their mass. In short, these studies have shown that there are certain “universal relations” when it comes to the equilibrium of stars.As a result, they were able to show that it is possible to predict the maximum mass a rapidly rotating neutron star can attain by simply considering what the maximum mass is of a neutron star in a corresponding, non-rotating configuration. But as Rezolla indicated, even with these data sets available, what was needed was a fresh perspective:

“Universal relations simply state that objects that are apparently different actually share many things in common. For example, although we are different from other mammals, say pigs, our genome has a huge amount of common features, essentially because we have to synthesize the same proteins, breath the same air, etc. Hence, if we learn of hemoglobin actually works for one mammal, we have learned for many more mammals. This seems to happen also for neutron stars so that although there are many equations of state that predict different results for M_max, they all show there is a universal relation between M_max and M_TOV. More specifically, we have found that M_max = 1.203 +- 0.022 M_TOV.”

These findings are likely to have interesting implications when it comes to future astronomical research. For starters, knowing the maximum mass a neutron star can achieve will be useful when analyzing the gravitational-wave signals produced by neutron stars, allowing astronomers to extract information on the equation of state before the object collapses into a black hole.Second, it will be useful in determining the moment of inertia for neutron stars, i.e. knowing how much mass is required before it begins to rotate. In short, scientists will be able to know with greater accuracy what it takes to set a neutron star to spinning and will able to predict with greater accuracy when a spinning neutron star will be on the verge of collapsing, and thus knowing when and where a new black hole will be.Al this, in turn, is likely to be a boon for research into black holes, the one object in the universe that is arguably more awe-inspiring and less understood than neutron stars. One step closer to understanding this grand, mysterious thing known as the Universe!Further Reading: phys.org

The post Can We Now Predict When A Neutron Star Will Give Birth To A Black Hole? appeared first on Universe Today.

Why you feel hungrier after you lose weight 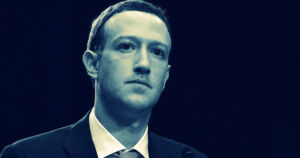